From “La France, tu l’aimes ou tu la quittes” (“France, love it or leave it”) to “La France, tu l’assumes ou tu la quittes” (“France, live with it, or leave it”), the far-right polemicist Eric Zemmour puffs up his chest and radicalizes the nationalist exhortation. The macho slogan pleases a large audience. It is true that for Jews or formerly colonized people, “living with” the French past implies first of all absolving the nation of the crimes of which they were the victims. Meanwhile, the so-called “native French” to whom Zemmour is primarily addressing himself by promising that in his France, everyone will “live with it” without asking any questions, were not concerned until now by the need to absolve their country. But today, the Catholic France that Zemmour never stops praising has something to forgive itself. The candidate’s response to the situation, the result of a new report on the sexual abuse of children within the French Catholic Church: absolute silence. One wonders how this crime against the integrity of children’s bodies will be treated by the master of absolution. Will he ask all French people live with it as belonging to the structure of eternal France? Or will the expression “live with it” in this case find its full meaning of taking responsibility for what one does and bearing the consequences of one’s actions? 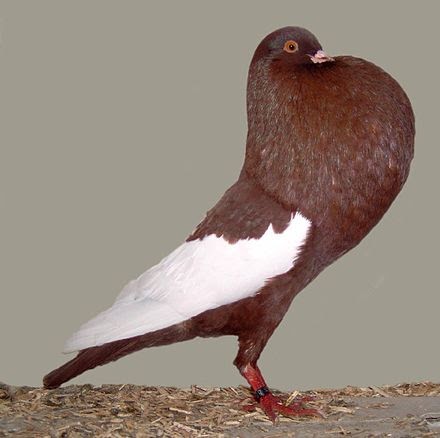 For once France is at the forefront of innovation, we must celebrate the event. While all the other regimes or would-be autocrats are still on the old formulation “(Name of the country), love it or leave it,” in France we are now at a much more virile credo: “La France, tu l’assumes ou tu la quittes” (“France, you live with it or leave it”). Zemmour is definitely stronger than Jean-Marie Le Pen, Philippe de Villiers and Nicolas Sarkozy combined. This is the advantage of being an intellectual who thinks a lot (about history). When Sarkozy blurted out the infamous slogan in 2006, two far-right rivals immediately claimed authorship: Villiers, who ran his entire 2006 campaign on the slogan, and Le Pen, who recalled that it was he who had invented it in the 1980s in the form of a sticker proclaiming “France, love it or leave it.” At the time, all these claims of authorship were false. The slogan was widely used in the United States from the 1960s-1970s by supporters of the Vietnam War who considered American youth protesters unworthy of residing in the homeland; and before that, in 1960, it was the Brazilian military dictatorship that used it to brand all those who disagreed with torture and political assassination. Le Pen, Villiers, Sarkozy: all of them had adopted a foreign child, and their secrecy about its origin suggests that the adoption papers were not quite in order. For Zemmour, who really loves France and nothing but France, this kind of import of foreign products is unimaginable. And since he is also against single-parent adoption, he is only consistent with himself in looking to the French tradition (Napoleon’s, excuse the pun) for the slogan that suits him. In this case: “France, you live with it or you leave it.”

However, it is not only the guarantee of having a French product, certainly not very fresh but French all the same, that pushes him to turn away from the strict act of love for the fatherland. The problem with love – the reader of the French novel that is Zemmour knows it only too well – is that it does not give a damn about the defects of the person loved. This is inadmissible for the almost-candidate: France cannot have any defects. The worm is in the fruit of the longed-for assimilation, if we stick to the injunction to love. The latter implies that France may indeed have faults, but that it nevertheless deserves the love of its citizens and of all those who want to become them. To this concession, one must not give any chance. So we stop loving and we just live with it assume or champion.

An ill-advised mind could ask: “living with something” isn’t this also assuming responsibilities, errors, faults, even crimes? Does living with the French history mean taking responsibility for its participation in the Holocaust and its colonialist past, in order to speak only of the crimes it has committed? Does Zemmour surreptitiously have a more complex concept of integration than the hammering of the imperative of assimilation would have us believe? Far from it. Master of the French language, tender lover of the national verb, Zemmour, on this precise point of the language, makes himself an adept of what he believes to be the language of the people. In his mind, “I live with it” is the answer of a family man father quite drunk to the complaining of his wife about his condition and the consequences on the household accounts. “I live with it” is the reply of the young man back home whose father admonishes him for the umpteenth useless fight he got into. “I live with it” is the expression of the famous white male who knows that women are not naturally more stupid than men, but who assume to think so anyway. In short, “I live with it” for Zemmour, is the favorite sentence of the “guy who has balls” to the point of proudly posing in his own stupidity while puffing out his chest; of a “guy who has balls” to the point of finding himself superb when objectively he is not, and of remaining perfectly indifferent to the outside world which tells him over and over again that he is not so great as all that. “France, you live with it or you leave it” means “France, you find it great or you leave it”. You esteem it not in spite of its defects (as in love) but because of its defects. Such is the operation of subjectivation that assimilation is supposed to produce: a relation to France in which its defects are admirable, in which its crimes are salvific, in which it is perfect no matter what it does or has done.

In order to be able to find her so extraordinary, of course, an additional operation is necessary. In any case, it is necessary when you are Jewish. For France has committed crimes, and Zemmour is not unaware of this. So he absolves it: certainly, the Vel d’Hiv round-up was perpetrated by French policemen, but it was done under German orders. France would only have followed them. Germany is guilty, France is not. Then, lies are needed, since there are things that cannot be absolved. Thus, Pétain is said to have saved the French Jews, and although one regrets that he followed German orders and handed over the foreign Jews, it is not France that is guilty, it is still Germany. This shows that the “you live with it or leave it” approach is a difficult export product, since it seems to work only if one considers one’s own country to be the poor victim of external shenanigans – which, it is true, is not without advantage in some cases, since the market of Austria, Poland and the whole of the former Eastern bloc is open to the slogan…

Whatever the future success of this home-grown invention, it is clear that it is only former victims of France who are being asked for absolution. Absolution is only possible if the gesture comes from them. The “native” Frenchman can really just live with it . It is the Jews and the nationals or descendants of the former French colonies who must perform the additional operation of absolution.  Zemmour, as a Jew, is in a position to show them the way. And that is what he does: he absolves everything, from Maurras to Pétain to Papon, everything is forgiven. One wonders if the real reason for his hesitation to run for President is that his real goal is not to become President at all, but rather Pope.

But then an event occurs: the “native” Frenchman suddenly finds himself very concerned by the obligation to absolve. For a few days now, the question has been raised and imposed. In this France of which Zemmour never ceases to remind us of its Catholic roots – actively catholicizing the other religions is part of his assimilation program – there is much talk of absolution, but in a very bad way, and not on the side we expect.

Perhaps this is why Zemmour has been less Catholic for several days. He may be having doubts: is pedophilia really a project that can win support? Is destroying the lives of hundreds of thousands of children what French society dreams of? To absolve, not to speak of the crime, to keep silent, to live with it… These are words that suddenly sound different to the very French electorate that Zemmour is addressing. What if France did not want to absolve this crime, Catholic as it is, committed against its own children? What if France as a whole, and not only its Jews and Muslims, its immigrants and children of immigrants, suddenly asked itself the question to what purpose it would be good to absolve? To maintain an illusion of purity that in reality destroys lives? What is the point of pretending that everything is great, when Jewish children are murdered, immigrant children are discriminated against and French children are abused? The Pope in office will answer, almost certainly, for the glory of the eternal Church. Pope Zemmour, on the other hand, says that we lie for the glory of eternal France. But today we hear the victims of the Catholic Church asking it to “live with it” and thus rediscover the true meaning of the expression. In the end, perhaps eternity matters less to the secular republic than truth.

“Secondary” or “Auschwitz-related” anti-Semitism
But What Happened in Corbyn’s Labour Party?
The Man Who Whistled at Dogs