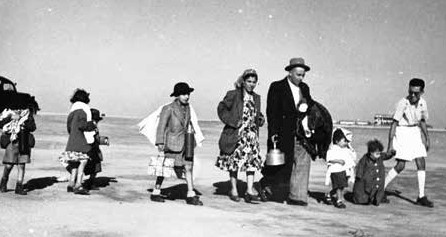 Paris’ Institut du Monde Arabe (Arab World Institute) is now hosting a new exhibition dedicated to “the Jews of the Orient.” Showcasing the art and material culture of Jews in the Middle East and North Africa, the exhibit has won plaudits in the French press for a deep and sensitive depiction of these vanished Jewish communities. The museum has nonetheless raised the hackles of some Arab intellectuals, who accuse it of “normalization” vis-a-vis the state of Israel, due to the presence of several artifacts on loan from Jerusalem’s Israel Museum. Denis Charbit, political scientist at the Open University of Israel, discusses the polemic, as well as the long silence on the Jews of the Arab world