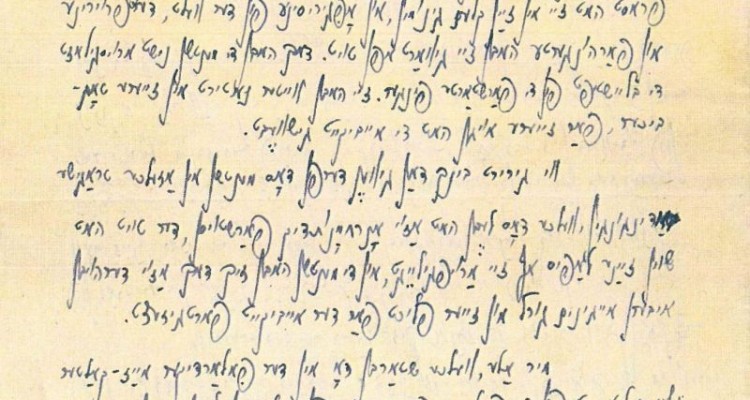 A Yiddish Text from Auschwitz. An Underground Manuscript.

During the last days of the Auschwitz camp, Abraham Levite and a group of Jewish deportees conceived of the Collection Auschwitz. The only thing that has come down to us is the introduction to this anthology project, which aimed to bring together a series of clandestine texts written by Jewish deportees in the camp. K. publishes excerpts from this incredible testimony, and an essay by David Suchoff in which he has gathered biographical information on Levite, reconstructed the story of the manuscript and analyzed the project.