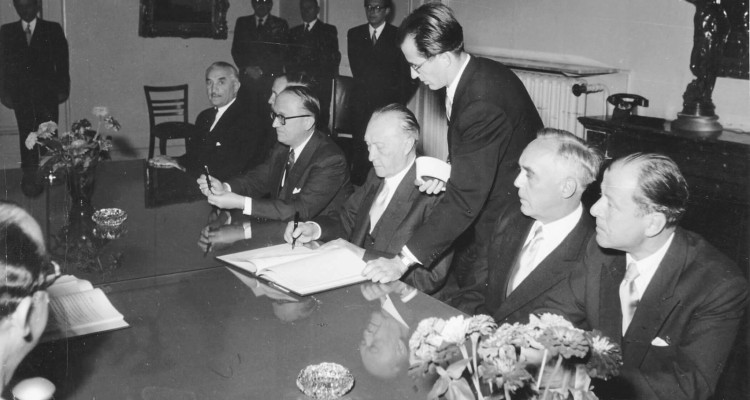 The Luxembourg Agreement: the mirage of reconciliation

Exactly seventy years ago, in September 1952, the Reparations Agreement between Israel and the Federal Republic of Germany known also as Luxembourg Agreement was signed. The West German government agreed to the demands of the young Israeli state and to pay substantial compensation. Traditionally seen as a form of reparation after the Shoah, the Luxembourg Agreement was in fact a much more subtle transaction that was not considered reparation or reconciliation. Historian Constantin Goschler examines the ins and outs of this agreement and the German and global geopolitical context that informs it.