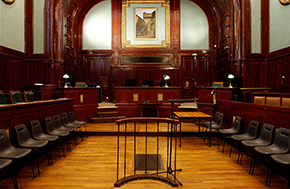 France’s Jewish community is reeling this week after the country’s highest criminal court, the Cour de Cassation, ruled Kobili Traoré, the murderer of Sarah Halimi, would not stand trial but rather be sent to a psychiatric hospital. Halimi, 65, was thrown from a window to her death by Traoré in 2017; the two lived in the same Paris apartment building.    Traoré, who shouted “Allahu Akbar” and ”I have killed the devil” after attacking Halimi, has confessed to the crime. The anti-Semitic nature of the offense has been substantiated in the courts. Legal authorities have decided that the murderer, however, due to a cannabis binge rendering him momentarily insane, cannot be held criminally responsible. The decision has been roundly condemned by French politicians and French Jewish institutions. There are proposals now before the French Parliament to amend existing criminal statutes so that a similar situation cannot occur.  Avishag Zafrani, K.’s essay editor, shares her thoughts in this essay translated from the French. – Daniel Solomon

“Where was the judge he had never seen? Where was the high court he had never reached? He raised both hands and spread out all his fingers,” writes Kafka in The Trial, capturing the stupefaction of Joseph K., condemned and executed under the most preposterous of circumstances. The decision of France’s highest criminal court this week in the Sarah Halimi Affair presents us with the inverse of the Prague novelist’s scenario. The juxtaposition of fiction and reality proves revealing in how we evaluate the lethal fervor of anti-Semitism. Joseph K. is denied the entry into the Law; he is neither allowed to defend himself nor know the accusations made against him. He will die, “like a dog,” and the “shame of it” will outlive him.

Sarah Halimi’s murderer has been deemed guilty of having committed the crime, with anti-Semitism as the prime motive. He will not stand trial, however, because the court maintained he was non compos mentis, under the momentary hold of drugs, at the time of the murder. The last appeals have been dismissed, right up to the highest court in the land. The legal term in French for the murderer’s supposed state of mind can be literally translated as “the abolition of discernment,” that is, the defendant’s inability to avail himself of right reason. There has indeed been an abolition of discernment, a two-fold one, that of the murderer and that of the court, which has decided this crime is a matter for the psychiatrists, for whom no law of madness or drug binges exists. And so there will be no judgment.

The events prompt attention to the work of Michel Foucault – the author of Madness and Civilization and Discipline and Punish – dealing with the archaeology of legislation: from the moment the source of legitimacy changes, in this case from a monarchy to popular sovereignty, so, too, does the process of punishment. The sentence is no longer based solely on the criminal act itself, but more and more on an assessment of the perpetrator, his biography, the circumstances around the crime. Judging as such the individual, the psychological profile will inform the decision of the judge. Foucault points to an ambiguity of this modern form of justice: do we claim to punish or treat someone?

There is no doubt about the anti-Semitic motives behind the murder of Sarah Halimi. Often, in other trials, this is what victims’ attorneys and advocates struggle to definitively prove. In this case, there is simply bad faith in the face of those motives. But no one here pretends that anti-Semitism is an urban legend, not even the murderer. The problem that is encapsulated in this affair, in which certain doors open (the anti-Jewish crime is recognized as such) and others close (there will be no trial), is where to locate the origins of criminal anti-Semitism, which circulates in society and one day, one night seizes an individual, who sees in a Jewish woman a devil to be slain.

How do we figure this anti-Semitism? The product of amorphous impulses that are unleashed without reason? The result of cold and calculated pre-meditation on the part of great manipulators? The outcome of a hate which finds pretexts to kill? Is it all that at the same time? In the context of such a complex situation, we must admit that we do not have the means as a society to put on a trial a form of hatred that itself has been quite inquisitorial since inception. The French legal system must equip itself to handle such a challenge. “What Theater do you play in ?” Joseph K. asks the prison guards. He responds to their silence, stating: “You’re not properly prepared to answer questions.” We are now, like him, interrogating the void.

The Future of the Left and the Battle Against Antisemitism
Will The UK Holocaust Memorial Prove A Wasted Opportunity?
Pass Me the Sponge!