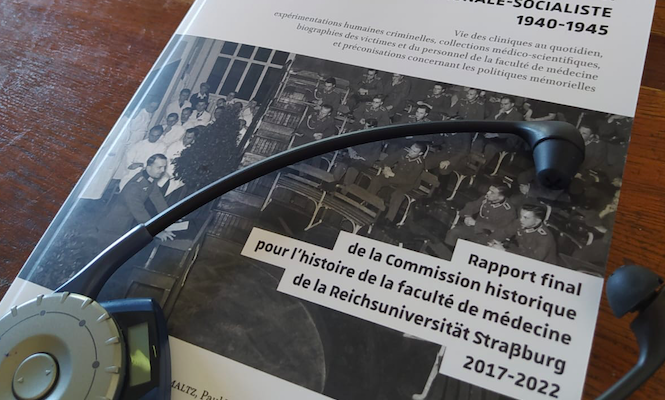 University of Strasbourg: The Dark Years…

Created in 1941, following the annexation of Alsace-Moselle to the Reich, the Reichsuniversität Straßburg was part of the Nazis’ plan to Germanise its annexed territories. What exactly happened within the walls of the University when it was in Nazi hands? We know, for example, that the director of its anatomy institute built up a collection of skeletons of murdered Jews… In 2016, an international and independent Historical Commission was set up, whose mission was to shed light on the history of the Reichsuniversität between 1941 and 1944. The Commission’s aim was to evaluate the University’s medical collections to ensure that no human remains from victims of Nazism were still in the collections, and to provide recommendations for the ethical training of current and future medical staff. Review of the Commission’s final report..